Millions of years in the making: National Diatomaceous Earth Day-August 31 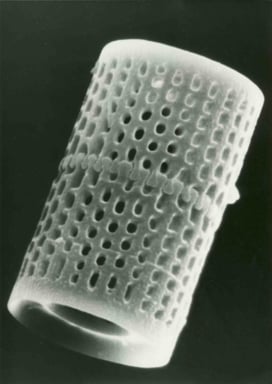 Diatomaceous earth, also known as DE, is a sedimentary rock found in large deposits worldwide and mined primarily in the United States, Mexico, Chile, Peru, France, Spain, Denmark, and China. While still being formed today, some of the deposits of diatomaceous earth were formed millions of years ago. Diatomaceous earth deposits are formed as diatoms, die, and fall to the bottom of bodies of water. Over time, the organic portions of the diatoms are weathered away, and the remaining opal frustules form diatomaceous earth. 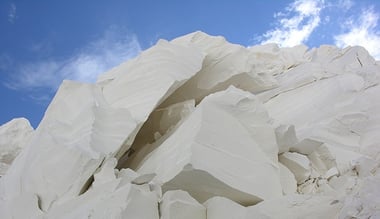 I recently came across a column by Matt Mueller, the culture editor for OnMilwaukee. He's obviously fascinated by diatomaceous earth. An excerpt from his column:

Why not end the month on a celebratory note with that time-honored holiday: National Diatomaceous Earth Day, a day dedicated to that natural mineral you use to filter your swimming pool and repel insects. Who doesn't remember, as a child, working on your National Diatomaceous Earth Day costume (aka a big slab of construction paper made to look like a rock)? And gathering the family around the table for that classic National Diatomaceous Earth Day meal (aka licking rock salt)? And reading those beloved holiday stories (aka Peter Kasten's "Thesis on the Absorbency and Stabilizing Qualities of Diatomaceous Earth")? All jokes aside, you should definitely still throw a party for this holiday. For one, this stuff is commonly used in the filtration of beer. And secondly, it opens the doors for a lot of tremendously groan-able "rock this party" puns.