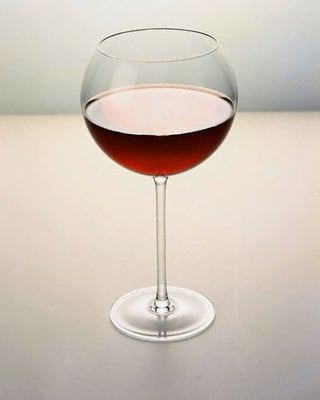 When people think of wine, probably countries such as France, Italy, and the U.S. come to mind, but rarely China. Surprisingly, China is now the fifth largest consumer of wine in the world, with total consumption being about one-half of the total consumed in the U.S. This is a recent phenomenon that accelerated in the late 1990’s and has continued largely uninterrupted to present. The Chinese wine market grew 58% in the period 1996- 2001; 99% from 2001- 2006 and 192% from 2006-2011 before peaking in 2012 and slowing for several years. Rapid growth resumed in 2014 seeing 50% year-on-year growth from 2014 to 2015 (however, much of this growth was bulk import of wines, not domestic production). 90% of the wine produced in China is consumed domestically.

The primary cause of this exceptional growth was the result of governmental policies which encouraged consumers to consume more wine, while preserving national inventories of rice for food consumption. Per capita wine consumption increased to 1.4 liters per year, perhaps partially a result of availability due to this government policy, but also due to a considerable degree to economic prosperity and the resulting expansion of China’s middle class. Today, wine consumption in China is seen as being socially and culturally desirable—a sort of status symbol to the middle and upper classes that contribute to the highest consumption.

China has more miles of vineyards than France, Italy, Australia or the U.S.

China has approximately 3,000 square miles of vineyards, which is more than 10% of the world’s vineyards---more than France, Italy, Australia or the U.S. The majority of China’s wine production is in the Beijing region, Yantai, Hebei Province, Sichuan Province, Jilin Shanxi, and Ningxia Provinces. Of these, Yantai and Ningxia currently produce the majority of China’s wine.   There are about 1,000 wineries in China, but a handful of companies account for nearly half of all production: Great Wall Wine, Dynasty Wine, Suntime, and Changyu. Foreign wine producers have had a strong influence on the wine industry, most notably French companies.   It is expected that more foreign investors will purchase vineyards in China in the future.

China is now the sixth largest producer of wine in the world, producing about 1.7 million tons per year, larger than Austria, South Africa or Chile (the US produces about 3.2 million tons per year by comparison). Production expanded by nearly 100% from 2001 through 2006 and another 192% between 2006 and 2011 before hitting a relative slow-down due to heavy competition from imported wine.

What’s to come in the China wine industry? China will undoubtedly rival any of the recognized wine producers in the world, given time. One need only look at Australia and South Africa, for example, and it is almost a foregone conclusion that China will produce wines of equal or better quality in the future, and on a much grander scale. The Chinese wine industry has returned to a growth phase and is expected to continue growing at a rapid rate for several years to come.

Sounds like China's going to need a lot of high quality diatomaceous earth filter aid now and in the future.  EP Minerals produces several special grades of Celatom diatomaceous earth (DE) and Celatom perlite to filter wine for the best taste and clarity. To learn more about our filter aids, click here.